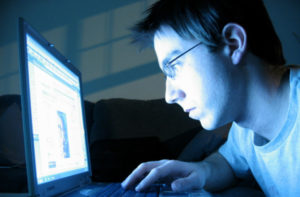 How the brain works

In order to understand why excessive amounts of pornography can lead to erectile dysfunction, we must first understand how the brain works. The most basic working units of the nervous system are these things called neurons. Neurons are tiny cells that are in charge of sending and receiving messages between the brain and the body.  Dopamine is a neurotransmitter that sends chemical messages between neurons. It is linked to the reward systems located in the front of the brain. When someone experiences something pleasant dopamine is released by the brain, which causes you to feel good. Sex is one of those things that is largely regulated by the dopamine pathway. Since solid erections depend on this pathway, dopamine plays a huge part in sexual arousal.

Watching pornography causes a person’s brain to fill with dopamine. When you receive too much dopamine, serious problems can arise. This is because the brain starts eliminating dopamine receptors when it feels overwhelmed. The brain will continue to release the same amount of dopamine when you watch pornography, but you will eventually end up with fewer receptors. This means that watching your favorite naughty movie will no longer excite you as much. You will, with time, need more in order to feel the same way you used to before. This is the problem with pornography induced erectile dysfunction.

Pornography induced erectile dysfunction can be a serious problem. Leaving it untreated can lead to health and mental problems. And not only that but problems with your partner as well. Pornography is set up to catch the attention of the viewer. We have to remember that a lot of the things that we see on xxx videos do not really work out as well in real life. The things we see in adult films can often set up unreal expectations, making us have trouble achieving excitement through intercourse with real partners. However, you will be glad to know that pornography induced erectile dysfunction is amongst the easiest forms of ED to treat.